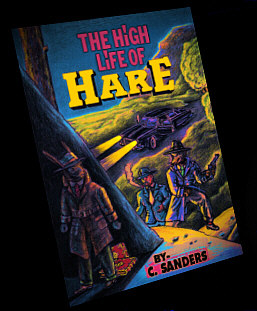 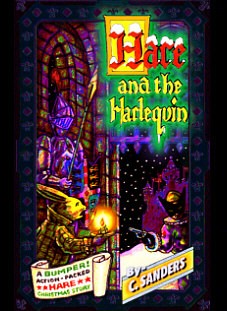 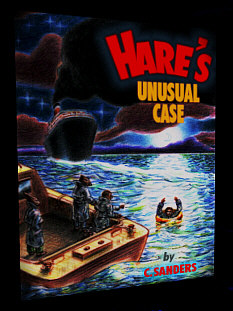 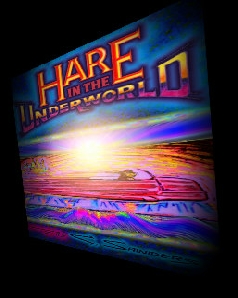 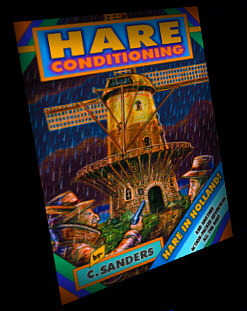 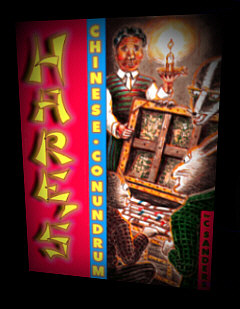 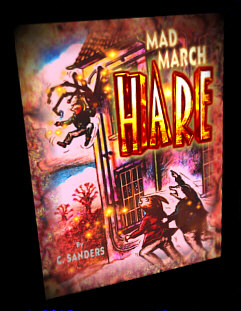 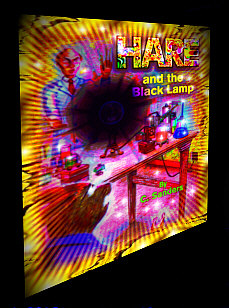 In this exciting story: Hare and his
friends go in search of some valuable
books, which have been stolen; but
this proves to be a harder task than
they first imagined. The adventure
quickly turns into a dangerous
undertaking as they encounter
ruthless criminals who will stop at nothing to get what they want.

Hare and the Harlequin
by C. Sanders

A cunning jewel thief is committing outrageous crimes, and the police are unable to catch him!

Hare and his friends become entangled in an exciting and thrilling adventure against one of their most deadly adversaries!

WHAT HAS HAPPENED TO HARE?
WHY HAS HE BEEN SILENT FOR SO LONG?
HAS HE FINALLY GONE OFF HIS TROLLEY?

Determined to find out, Vole and Badger become involved in a desperate mission. In one of their most gripping adventures the friends stumble into trouble of such
magnitude that they are unable to escape their fate and are committed
to struggle on regardless of the consequences. The terrible ordeals continue and lead to a frightening conclusion in this action-packed,

THE HARE BOOKS MAKE
ENTERTAINING READING
FOR ALL AGES.

Affordable hare stories in the UK. 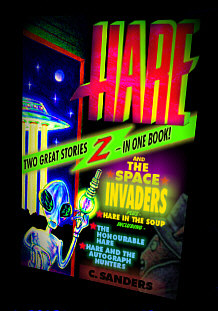 Hare and the Space Invaders
by C. Sanders -On Sale Now!

TWO COMPLETE STORIES IN ONE BOOK!

'Hare and the Space Invaders' plus 'Hare in the Soup'.

-Also including: ‘The Honourable Hare’ & ‘Hare and the Autograph Hunters’.

From a hazardous journey, struggling in ice and snow, to a battle with unearthly creatures, Hare and his friends have more than enough to overcome in these
thrilling stories. But, with the odds firmly stacked against them, can they possibly win through?

On Sale Now! (Purchase via the Home Page)

Some of the ‘Hare’ Books by C. Sanders are featured on this Book Page

The High Life of Hare by C. Sanders

Hare in the Underworld
by C. Sanders

WHAT ARE THE IMPORTANT KIRI-KURI?
WHAT ARE THE SO-CALLED STONE CHISELLERS?
WHAT IS MAGRIS? WHAT IS OOSEL?
WHAT IS THE FRIGHTFUL MOREDEGGA?

All will be revealed when you enter with Hare and his friends into the savage, yet sophisticated, mystical domain known as the UNDERWORLD!

That is –if you DARE!

A tale of excitement and adventure, of treachery and treason,of valour and victory! Another gripping story for young and old alike!

Hare does it again!
In his own inimitable style!

Hare literally goes double Dutch in this latest story, which also takes him to an alternative Holland –where danger and excitement soon follow!
Can Vole and Badger save their friend from the clutches of a brutal organisation?
-Read this thrilling story to find out, as Hare becomes involved in a desperate mission to smash an international gang that are dealing in what he calls:

“...The dirtiest and most evil business of them all”.

-The illicit trafficking of drugs!

In this story: Hare is on the trail of treasure!
-But, as he soon finds out, this is easier said    than done!

- Hare and his friends at their hilarious best!
- Excitement and laughs all the way in this rip-roaring tale!
- Not to be missed by anyone who loves a good story!
- Hare 'fans' will be ecstatic!

Marvellous March capers of the intrepid trio, as Hare and his chums pit their wits against some old, and
memorable, adversaries.
- Soon discovering secret spoils in the process!

- With strange tales of fantastic derring-do and ‘addenda excelsior’ this story is a delirious, delicious delight!

Hare and the Black Lamp
by C. Sanders -On Sale Now!

5 FABULOUS STORIES IN ONE BOOK!

Thrill to the incredible conquests of Petrhustan and the Poulson prototype! Join Hare on one of his most curious cases as he attempts to unravel an ingenious jewel theft! Journey to an island and a jungle where all is not quite as it would seem -and to a remote village where frightful experiments are being conducted!

You can’t beat a 'Hare' book for 'Triple A' entertainment!
Yes, it’s Action, Amazement and Adventure all the way in these
latest 'Hare' stories.

On Sale Now! (Purchase via the Home Page)

Further details regarding this book can be viewed at the ordering page -by selecting a company button on the Home Page. Click arrow to return.

Click the arrow to return to the Home Page.

and by International Law.
Absolutely no copying in part or whole
by any means or device is permitted

(unless for recommendation purposes only).

This site was designed and built by Harestories.com

Every effort is made to ensure accurate
information is given on this Web site but
absolutely no responsibility or any liability
will be accepted by Harestories.com for any
errors that occur regarding any information.
Customers also view and use this Web site at
their own risk and Harestories.com will not
accept liability for any costs or damage(s)
of any kind that occur, either at the time of
running the site or subsequently, or any other
associated damage(s) of any kind. Absolutely
no discourse will be entered into regarding
any claim(s) of disruption, or any other
matter, regarding this site whatsoever.
Harestories.com  reserves the right
to add, remove or change any items
or information without prior notification.

Harestories.com cannot be held responsible
or liable (whatsoever) for any disruption to service caused by any national or regional
crisis, civil disturbance, outbreak of warfare, circumstances beyond its control, fire, flood
or any other natural or accidental calamity
that might affect its sphere of  operation.

Harestories.com is a United Kingdom company
based and registered in the UK